1h15 performance at the Centre Culturel Tchèque, for Photo Saint Germain, followed by an artist’s publication sent by post to the public that was present that evening.

19:15: I sit down and wait for the first volunteer. He will unveil a shoulder so that I can draw a tattoo on it, a not permanent one. I trace a giant on him. “No, dear master, you are not near your end. So much the worse for you? But you will live old, as the giants live, since you belong to that race. Gustave Flaubert to George Sand, letter of January 12-13, 1867 (badly translated by myself)- Then other tattoos will be born, a forearm unveiled, a sweater pulled out, an ankle, a decolletage and a neck will be covered with drawings.

20h30: the performance ends, I tattooed and photographed twenty volunteers, one will desist later, I will spend the following weeks making a book composed of 19 photographs of piece of body drawn.

Two months later: I wrote to the 19 volunteers and sent them the book, trace of this evening. 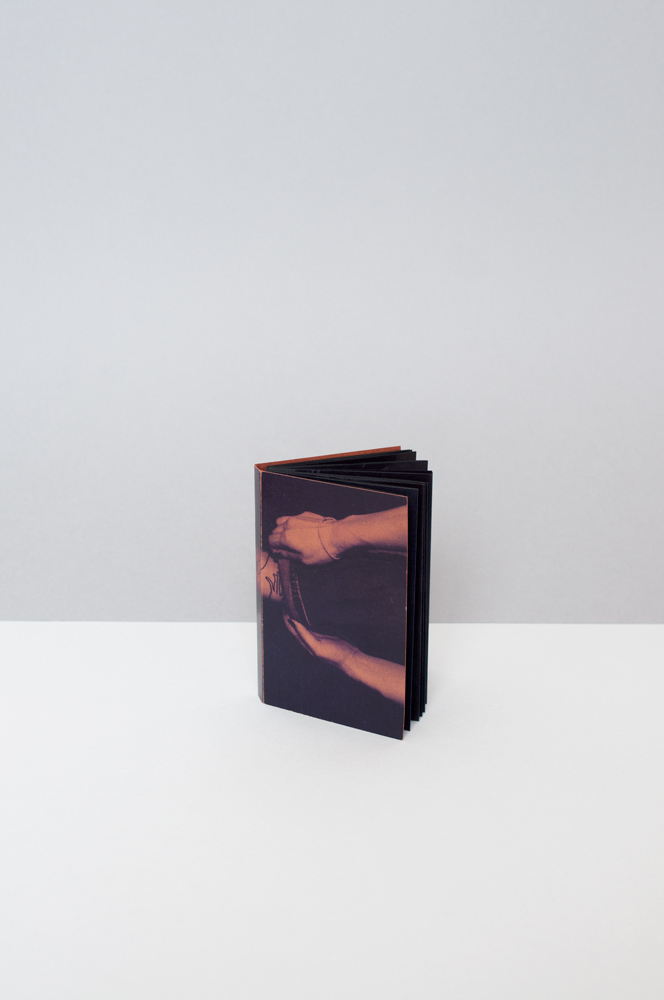 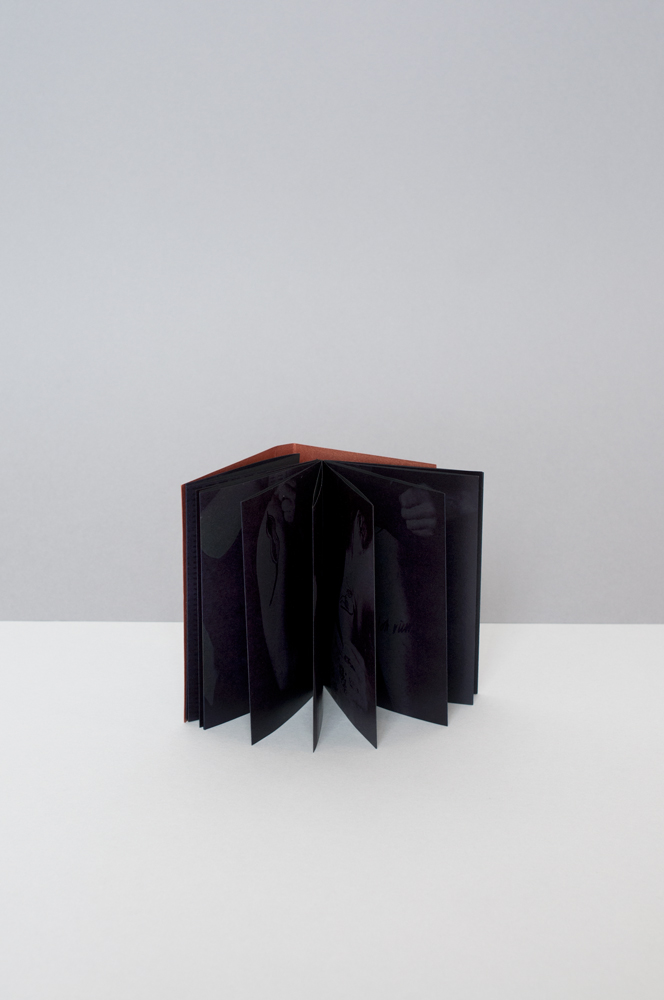 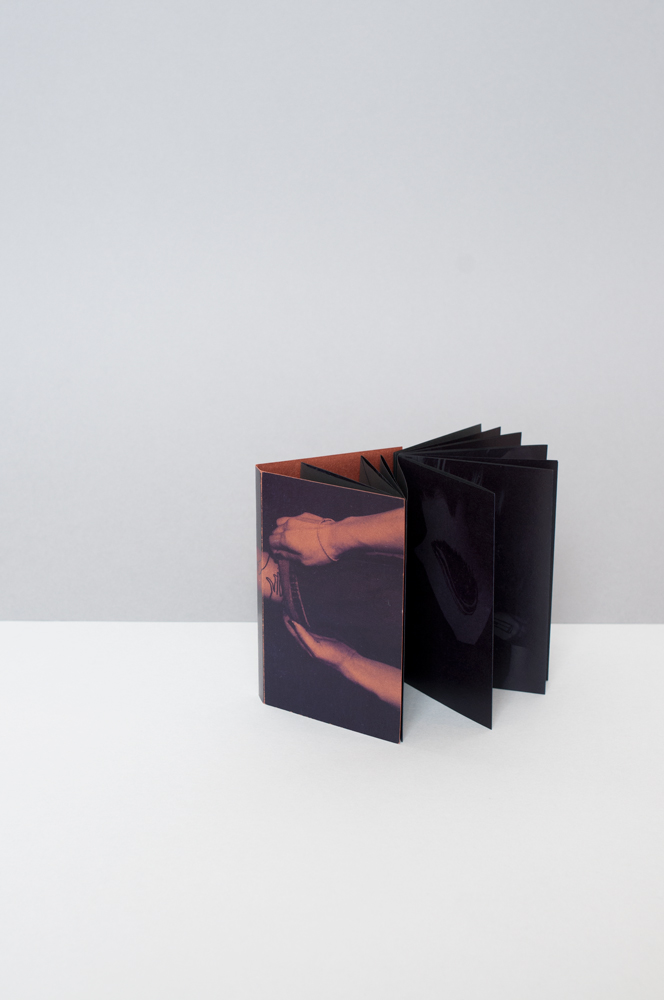 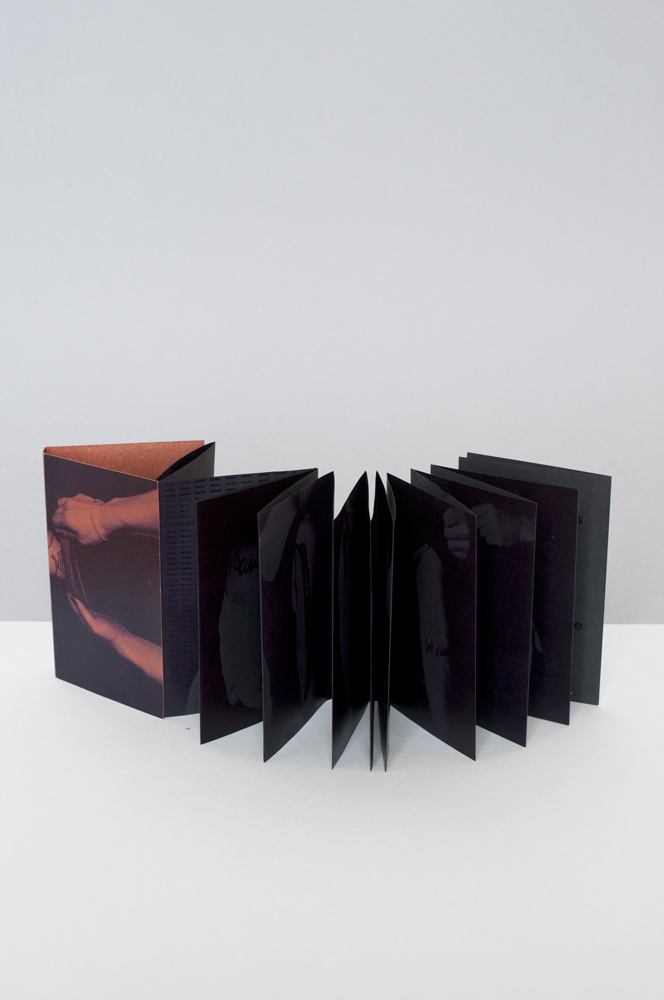 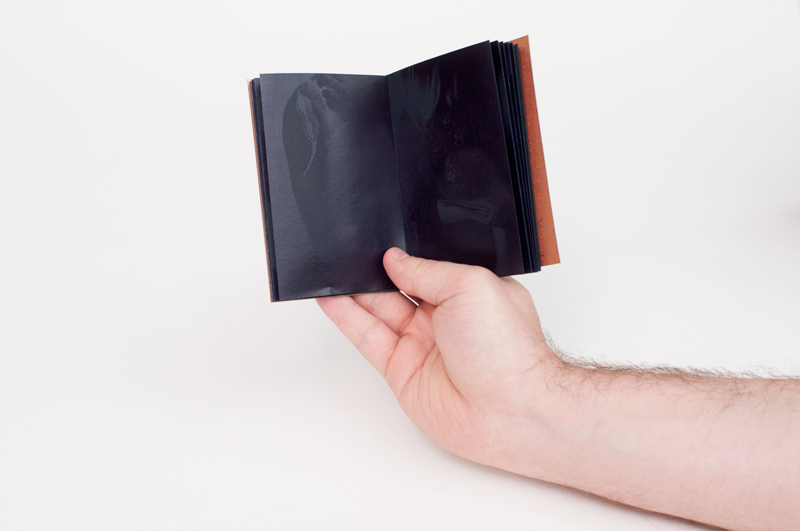 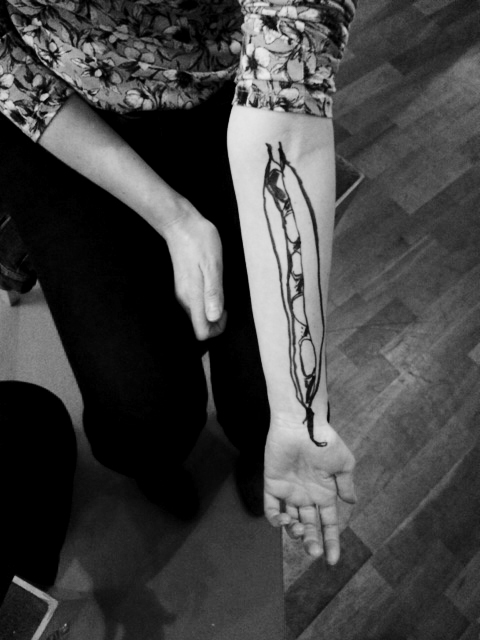 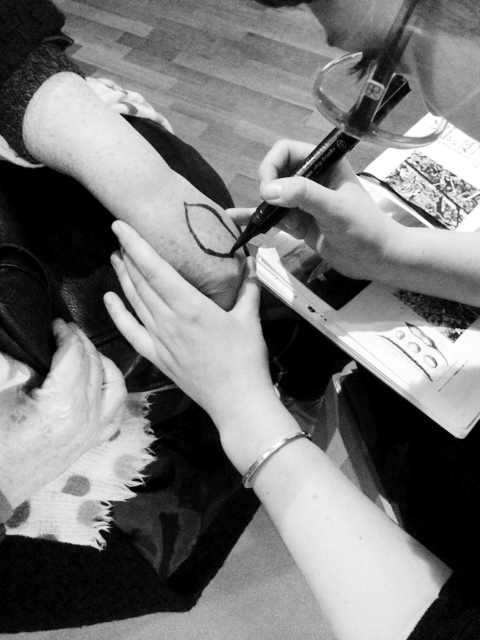 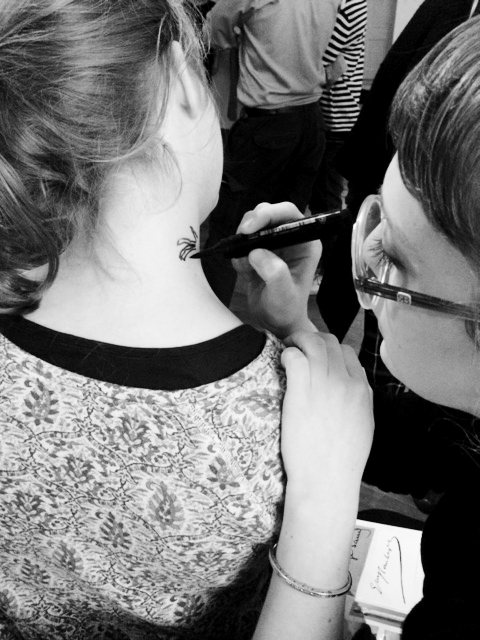 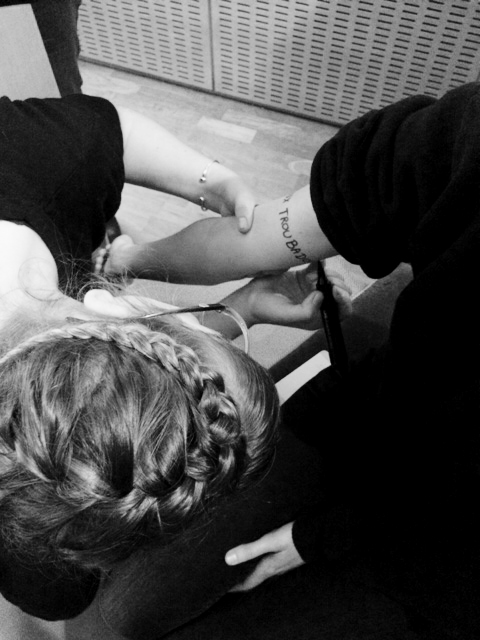 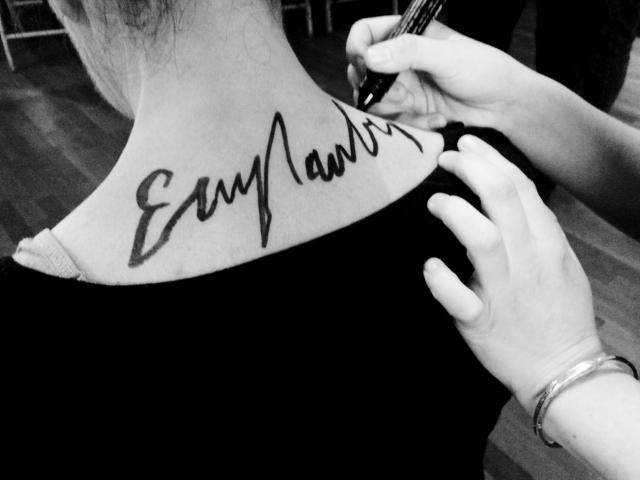